Another of the six fine chest tombs at All Saints, Harewood: Richard Redman, 1350-1426 and his wife Elizabeth Aldeburgh, died 1426.

Soldier and High Sheriff he campaigned with Richard II in Ireland. In 1405 he was commissioned to fine members of the gentry associated with the rebellion by Henry Percy, 1st Earl of Northumberland. He was, briefly, Speaker of the House of Commons during the eight day Parliament that voted supplies to continue the war in France shortly after the Battle of Agincourt in Oct 1415.

His armour of Period III: Lancastrian or Early Plate. An Esses collar although interwoven with another device. Moustache. Bascinet with orle. Helm with horses head crest; no mantling. Eagle buckle on belt. Feet on lion.

She wearing an elaborate crespine headdress. 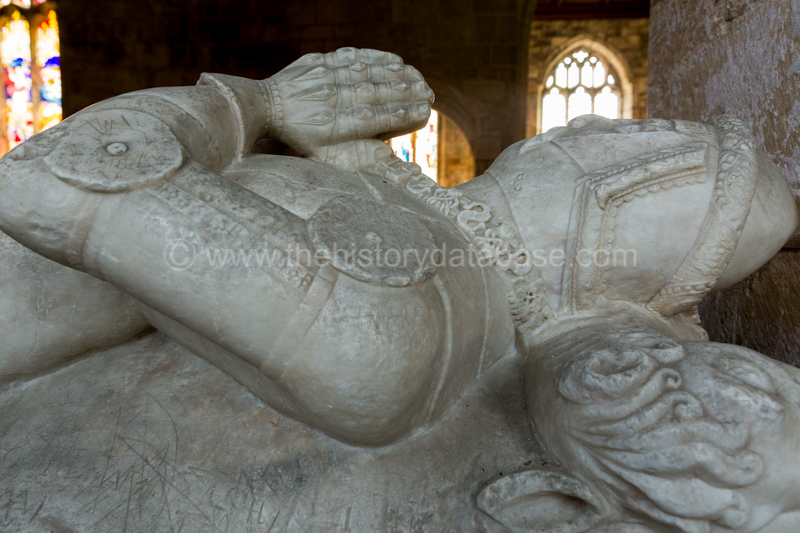 View all posts by thehistorydatabase